From the end of July,  farmers will have to give councils detailed reports of their nitrogen fertiliser use over the last year.

What if producers could have an agronomist with them in every field? When managing nitrogen programs with Topcon Agriculture optical sensors, it’s just like having an agronomist in the cab or attached to the machine.

CropSpec, from Topcon, is an active crop canopy sensor that allows users to monitor in-field variability, treat on-the-go or retain data for future use. The sensors use pulsing laser diodes that measure reflectance to determine the plants’ chlorophyll content, revealing nitrogen concentration.

The data gathered from the field is put into a nitrogen recommendation algorithm—created from data gathered and interpreted by the sensor, which then helps farmers and agronomists determine the most beneficial fertilization program for each operation—ultimately increasing profit potential.

Ultimately, the science behind CropSpec starts by looking at the plants. All living beings have a way of communicating—plants included.

While this tactic is a tried and true nutrient level indicator, CropSpec adds an extra level of intelligence. The sensors analyse the light, or chlorophyll, not visible to the human eye and provides an in-depth analysis of what the plants are “saying,” based on their environmental variables.

CropSpec is unique in the optical sensor industry—for good reasons. No other sensor on the market uses red-edge light and near infrared light (NIR) wavelengths to prescribe applications for crops and fields in the same fashion as Topcon Agriculture.

Other sensors in the industry use green light and create a green NDVI to determine N needs. That would make sense, right? Using green light to monitor the chlorophyll and photosynthesis levels of green plants? The problem with this is that “green light is an unstable source for making nitrogen recommendations and is highly influenced by differences in hybrid characteristics.”

Topcon chose to use red-edge and NIR light in the CropSpec because that side of the light spectrum is much more stable for nitrogen recommendations. It resists sensor saturation caused by high leaf area index crops like corn. This allows the CropSpec to provide highly accurate crop stress data to the agronomist and farmer all season long.

Nitrogen stress first presents itself at the bottom of the plant. If the sensor were scanning only the top of the plant, it would not be able to detect the early signs of nitrogen stress. CropSpec scans the entire plant, detects the stress, and allows the farmer to fix the problem early.

A versatile piece of equipment, CropSpec, is essentially “blind” to the type of implement it is mounted on and the type of GPS signal that is being received. The sensors are compatible with all major brands of pull-type and self-propelled sprayers.

There is virtually no planning involved for the CropSpec to get to work—for example, nitrogen-rich strips are not needed prior to sensing.

The full-plant scan of the crop creates a map to indicate nitrogen levels, including nitrogen-rich and deficient areas. The sensors then interpret the data and put it into an algorithm that can be used by the farmer and/or the agronomist to determine the best nitrogen program.

Additionally, this information can be acted upon immediately with the “know as you go” feature of the CropSpec sensors. This feature allows the user to perform variable rate control application at the same time nitrogen levels are being determined, controlling the output of fertiliser in one pass over the crop, day or night.

CropSpec sensors immediately present a positive impact on ROI and can assist in determining the improvements that need to be made in on-farm nitrogen management practices. 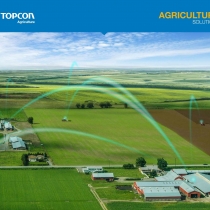